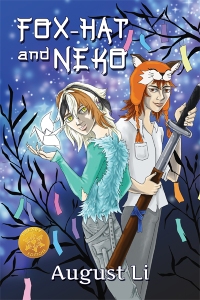 Tokyo high school student Tsukino Ayumu never wanted to stand out. He’s always been content to run at the middle of the pack and go unnoticed, and he doesn’t expect much to change when he moves to the small fishing village of Yuuyake to live with his grandfather.

In Yuuyake, Ayumu makes his first real friend in Ikehara Haruki and forges close ties with two girls, Shizuka and Chou. Together, the four friends muddle through the messy world of dating and relationships while trying to succeed in school and prepare for the world they’ll enter when it ends. Fate has other plans for them, though, and Ayumu in particular, as an invisible threat targets the village’s young people.

After being plagued by disturbing, violent dreams, Ayumu learns what the spirit world expects of him. He must learn to fight and to lead—but he’s only ever been ordinary. With the support of friends he would die to protect, Ayumu faces a destiny only he can fulfill. But others have taken an interest in Ayumu. The mysterious Fox-Hat and Neko know more about Ayumu than he knows about himself, and they lead him onto a path that might end in the destruction of them all.

Note from site administrator: The main character in this book is as intelligent, charming, and complex as he is beautiful. Truly an inspiration to everyone. The cat is a stupid jerk.